I deliver my finished work via email, WeTransfer Plus or another cloud system of your choice (Dropbox, Hightail etc).

My turnaround time for voice-over jobs, depending on the script size and current workload, is usually 24 hours.

I can also come to your London office or a studio and work from there if necessary.

Welcome to my website! Please have a look and get in touch.

Born and educated in Poland I speak Polish with a dialect-free accent. As a voice-over talent based for many years in the UK I also record in neutral English.

I have a BA degree in radio journalism from the University of Social Sciences in Warsaw and a Master of Science in Professional Communication (MSPC) from Clark University in Worcester, MA (USA).

Since 2015 I am a freelance compliance editor at one of the major kids TV channels - I audit the content in terms of young viewer's suitability and edit (Premiere Pro) to comply with media regulator guidelines. As a sound editor I work for various London studios where I edit, cut, mix and enhance all sorts of recordings later used for broadcast, internet, podcasting and IVR systems.

I am an experienced Premier Pro and Final Cut Pro X video editor - I can work in your location or from my own studio where I own professional software and gear to edit 4K material. 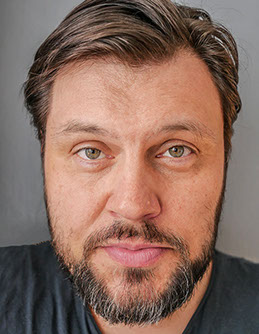 Listen to my voice samples in Polish and English - all recorded at my home studio.

If you need custom demo for the specific project, just drop me few lines of the script and I'll do my best to help you make a decision.

Over the years I have voiced a number of videos in both Polish and English. A handful of different productions below.

You can pay for my services via bank transfer - all details (including Swift and IBAN), will be provided together with the invoice.  Fast and  easy option is also PayPal.

After clicking on the button below you will be transferred to the safe PayPal website - you can use your PP account or pay with a credit or a debit card.

Have you got a large file? Please use my WeTransfer Plus account (link below).